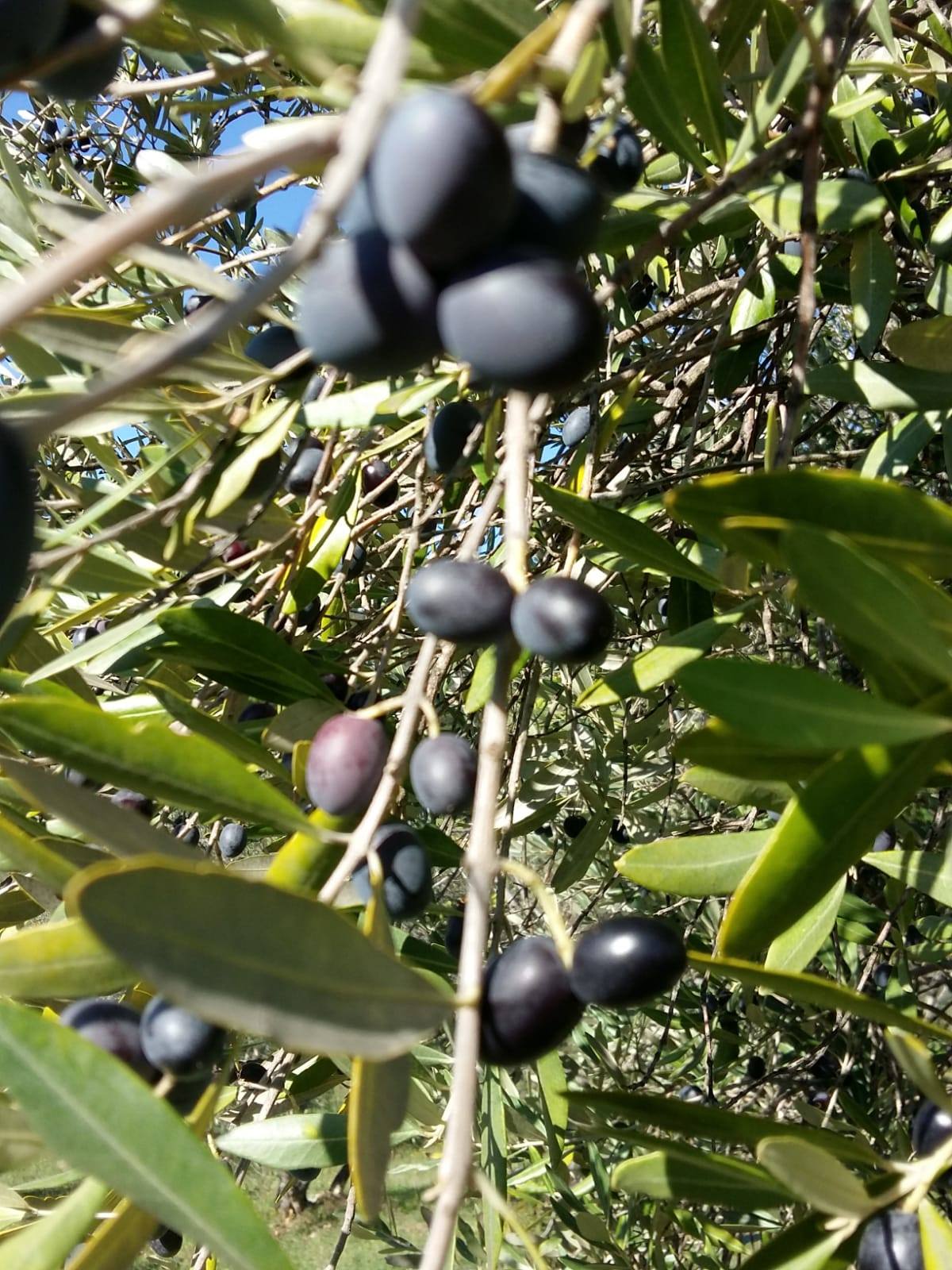 Few days from harvest, an initial assessment can be made of the 2021 vintage that is nearing completion.

Let’s start with the climatic trend … It started with a warm March in the second half (I remember I was quietly wearing a short-sleeved T-shirt …)
Then starting from April a succession of hot and cold periods with marked thermal excursions.

This caused a significant die-off of flowers of which almost 50% dried up.

Then from late spring and throughout the summer we experienced, like almost everyone, a severe drought which for many meant the fall of a large amount of healthy olives.
Here, in the Grosseto hills, this period has not yet ended. The black clouds pass over our heads ignoring us, the weather forecast  postpones the rain always to the next day for a month now …

Regarding Casa Julia, I must say that kaolin, if not 100% against the fly, has helped us a lot against thermal stress. Few drops and leaves are always well spread.

As happened to many, the productivity was not great, here only a little more than half of the olive trees produced and small drupes. Of course this has many factors that cannot be directly connected to the climate but which in any case did its part, in particular on the size of the fruit due to the lack of water.

From the point of view of the attacks of various parasites (be they bacteria or fungi) at the beginning of the year I had detected some olive trees and of different nature on some.
Mange, peacock’s eye, fumaggine …

With the passing of the months, also thanks to the treatments carried out, they have improved a lot. No more peacock eye, no progress of the mange, healing from the smoke.

Then came the summer and with it the fly and what it brings with it. In our area the risk has almost always remained between medium and medium-high even if we are at almost 300 meters above sea level.

Despite all the efforts made, the plants were attacked and I still don’t know with what percentage of larvae survived the temperature.

In short, a painting that is not exactly edifying. Low production as probably the yield, uncertain quality.

Looking for positive elements I can say that from mid-September there was almost an explosion of olives which obviously were already present but were highlighted with the change in color and swelling.

We’ll see. In a few days it is harvested, it is useless to wait any longer. If something good has been done during the year that it materializes at the most important moment

This is my first analysis on the 2021 vintage.

Fingers crossed for you and good oil for everyone.